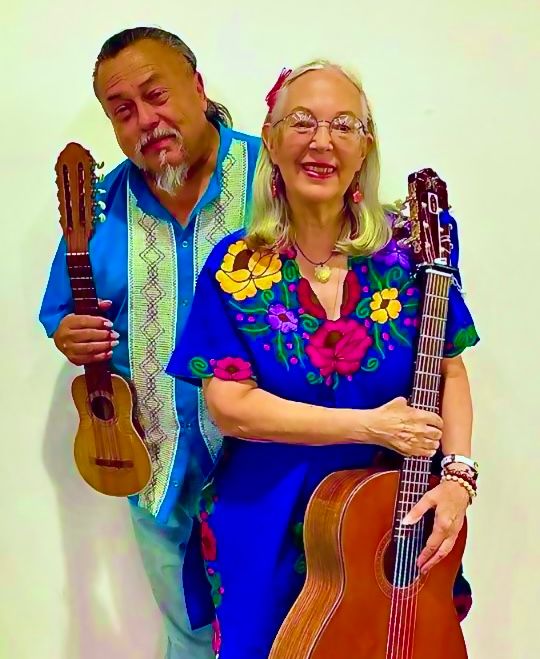 PARATI is the innovative musical duo of Margarita Kleinman and Martin Espino. Their history is a long one, back in 1985-2004, they were among the few to pioneer the huge depth of Latin American Folk, Indigenous and Contemporary music and its instruments.

PARATI presents CONCERTS, INTERACTIVE PERFORMANCES & BACKGROUND MUSIC. Our music is for ALL AGES. Our educational programs are: “Music of the Americas", “Indigenous Music of the Americas”, “Brasilian Music” and “Native American Flute & Ambient Guitar”.

Margarita is one of the very first female folklorists/multi-instrumentalists/educators to sing not only in Spanish, Ladino and Brasilian Portuguese but also Mexican indigenous languages like Zapoteco, Yoeme, Nahuatl and Maya. Martin is well known as a specialist in the music of Ancient Mexico and Latin American native music. He is also a composer, instrument maker, lecturer, cultural educator, multi-instrumentalist and sings in many languages.

Together these two celebrated and highly experienced master musicans/educators present a wonderfully diverse program of Latin American music, exploring the Ancient, Colonial and Contemporary Music of North, Central and South America. They also perform their own original music as well as music from Spain and the Sephardic tradition.