You must know how important the work of this man is and what it takes to do and stay with it: Martin tries as much as possible to "live indigenously". Not just to make a living but to be better to preserve the practice of playing these instruments and bettering his inner self and spirit. He has been interested since he was a young boy. He started on this path early, out of his own cultural and personal interests. Martin's interest in this life came as a focus to preserve the legacy of Ancient Mexico and it somehow just felt good to him to play these instruments. Mind you, back when he began there was really NO audience for this type of music or they unusual sounds they made but in last 20 there have been a whole bunch of people who saw either Martin or his friend, Xavier Quijas perform. Those people bought the instruments as they became more readily available and then claimed to be either masters or authorities on these instruments. Those are the people who don't acknowledge Martin or Xavier. This is important because there is an honesty in Martin's work and his legacy.
It's NOT enough to just play these instruments! You must be aware that it is necessary to hold onto what is important to our indigenous past and LIVE IT: from the traditional garments, the food, living as much indigenous as possible, making  ones' own instruments, attending Mexica danza ceremonies and more! Martin plays ALL the instruments of his ancestral heritage; He OWNS his own instruments, MAKES his own instruments and native jewelry, he HAS his own regalia garments, has been at this SINCE 1975 (researching and creating a huge home library) and didn't just memorize books and info; Martin attends and performs at "Danza" ceremonies and stays for the entire ceremony!!! He understands indigenous diet and tries to live the teachings of Nezahualcoyotl (Mexican king and philosopher c.1402) and is learning both the Nahuatl and Yoeme languages. He speaks Spanish. He has performed with indigenous musicians in Mexico; consults with authorities in this realm; performs everywhere and teaches everywhere.
The art, work and life of Martin Espino is about preserving the ancient sounds, historical musical practices and making a positive impact. When you get a chance go see him perform or purchase his wonderful, ethereal music!

A little more on Martin: he did NOT start doing this because he saw someone do it and then started, which is ok, but the vast majority of other artists do not give honor to say where they learned and who they learned from. In this realm, the majority of people have learned from someone or saw someone. In this realm, you thank those you learn from or you're dishonorable. Back when he began, he had to research everything, there was no internet back then or anyone selling these instruments, even the Danza Mexica (Azteca) spearheaded by Maestro Florencio Yeskas had just barely arrived to North America around 1973 and so he had to read everything he could get his hands on. Martin started playing these instruments: because he liked how they sounded after hearing some field recordings from the Smithsonian; as part of can only be called an "ancestral calling" since an early age, before he was a musician he fell in love with these sounds. It wasn't until the mid 80's did he learn of Antonio Zepeda, the god-father of this revival and Jorge Reyes in Mexico. They inspired him too! After studying what happened to his ancestors’ culture and way of life, he dedicated himself to preserve/revive these sounds. There are many to thank, but he thanks especially his close friend, Master Ceramist/Musician, Xavier Quijas Yxayotl and others, for building his clay instruments. Now Martin is building his own as well!

Martin started out as a guitarist in 1968, later, earning a Bachelor of Music with Honors in 1978 from Immaculate Heart College in “performance and classical guitar”. That he now makes his living playing Mexican indigenous instruments!
Before he was a musician, he has always been "into his culture" but didn't know the effects it was having on him. He follows the spiritual words and advice found in the "real" worldly/spiritual teachings and philosophy of Nezahualcoyotl and other pre-Spanish invasion philosophers/poets. He researches and eats the indigenous foods (see his videos at youtube.com/martinespinomusic), he even speaks Spanish, conducted research in Mexico and has performed with native musicians while there and even wears the "trajes" or traditional outfits and attends Mexica (mistakenly called Aztec) ceremonies. He makes his own jewelry, headdresses and designs his outfits too! He even stays and plays for the "entire ceremony", playing his flutes and percussion for the dancers (danzantes).

And, as you noticed, Martin is also a modern musician/composer. He composes all sorts of music because he gets asked for different styles, but he has always composed a type of fusion music, mixing the ancient with the modern technologies! This is getting him more and more work and recognition but still maintains he's a Traditional/Ceremonial Music and  Soundworker (music for well being).....he wears a lot of hats and enjoys it!

But living who you are, living as indigenous as you can, Martin is strict in this way, believing that you can't just play these instruments, you have to live it, many out there don't.

Martin lives his work and continues to move forward and speak out. 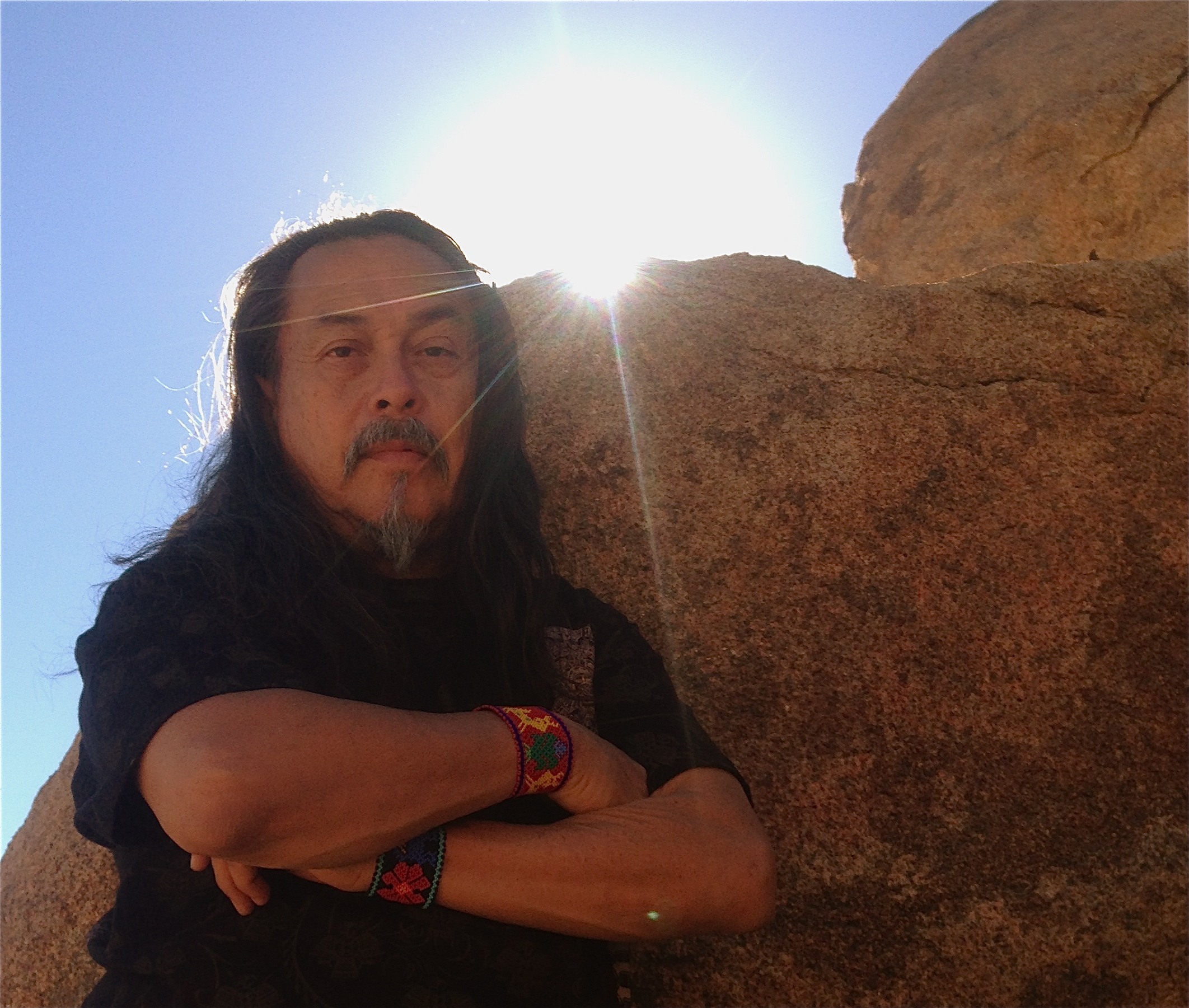